Which watch is better: quartz or mechanical.

TomilyLeave a Comment on Which watch is better: quartz or mechanical.Posted in review

Which is better – meat or vegetables, manual transmission or automatic, quartz or mechanics? If we talk about quality, then it is quite obvious that all categories are good in their own way. But if we talk about taste or convenience, then the choice will depend on the individual preferences of each person.

Therefore, we will not compare sweet with warm, but rather find out as soon as possible how a quartz watch differs from a mechanical one, in order to independently make a decision in favor of one or another mechanism.

To show the time, a watch needs an energy source. Depending on the source of energy, there are two main types of mechanisms: mechanical and quartz.

The energy source is mechanical (mainspring).

Mechanical wrist watches have existed for several centuries, and therefore have a richer history than quartz watches. In favor of the mechanics, one can immediately note its exceptional prestige. Mechanics require meticulous manual assembly of many small parts.

Such watches are usually more expensive and even heavier than quartz ones, but this only underlines their status.

There are two types of mechanical watches: with manual and automatic winding. Hand-wound watches must be wound by themselves using the crown. Self-winding watches wind themselves up, that is, automatically, provided that the owner wears them regularly during the working day. Many watches have a transparent case back, through which you can admire the work of the mechanism.

In addition, exclusive brands decorate it in every possible way (engrave, skeletonize, etc.) – it turns out to be a truly bewitching sight.

Mechanical watches do not require battery replacement. With proper care, mechanical watches last longer than quartz watches. The main thing is not to forget about the preventive examination (see the article “How to take care of your watch”).

A mechanical watch on the wrist is one of the best indicators of good taste and high status of its owner. They are not only prestigious, but also insanely beautiful. The need to constantly wind up the watch may seem like a disadvantage to someone, but many owners of mechanics are reassured by this unhurried, meditative ritual.

In general, mechanics is created just for such people – they are in no hurry, because they have achieved almost everything. 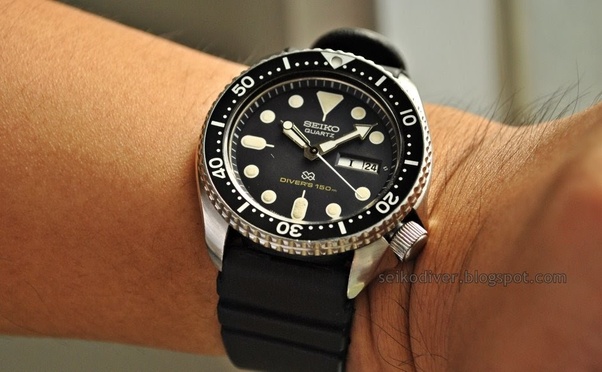 The energy source is electric (battery).

Quartz watches began to be actively sold not so long ago, in the 1970s. XX century. Their appearance was called the “quartz revolution”: quartz, which quickly gained frenzied popularity, almost took the work of mechanical manufacturers.

Indeed, the new watch turned out to be easier to use and, moreover, much cheaper!

However, the watchmaking world has dealt with this imbalance and since then has always offered customers two options: expensive and prestigious or cheap and convenient. The characteristics are universal – they can be guided by the choice of a fairly extensive group of goods, both first and second necessity. That is why no one was surprised when expensive and complex models of the luxury category began to appear among quartz watches, and the mechanics learned to be simple and democratic.

Quartz watches are always more accurate than mechanical ones. On average, the error of the course is ± 20 seconds per month (while for mechanics ± 20 seconds per day). There are also many record holders who adhere to stricter readings: ± 5 seconds per year. A quartz watch does not need to be constantly wound. Less action is easier to operate.

Replacing the battery every 2-3 years (or even less often) is an excellent alternative to daily rituals with mechanics. Quartz watches are cheaper than mechanical ones, all other things being equal (case material and set of functions).